From tea to Tasmania

When Dinusha Kapukotuwa looks out over the Tasmanian landscape, he’s reminded of his years living and working in the tea plantations in Sri Lanka and says the lush green fields, mountains and cool climate means the state ‘feels like home’. 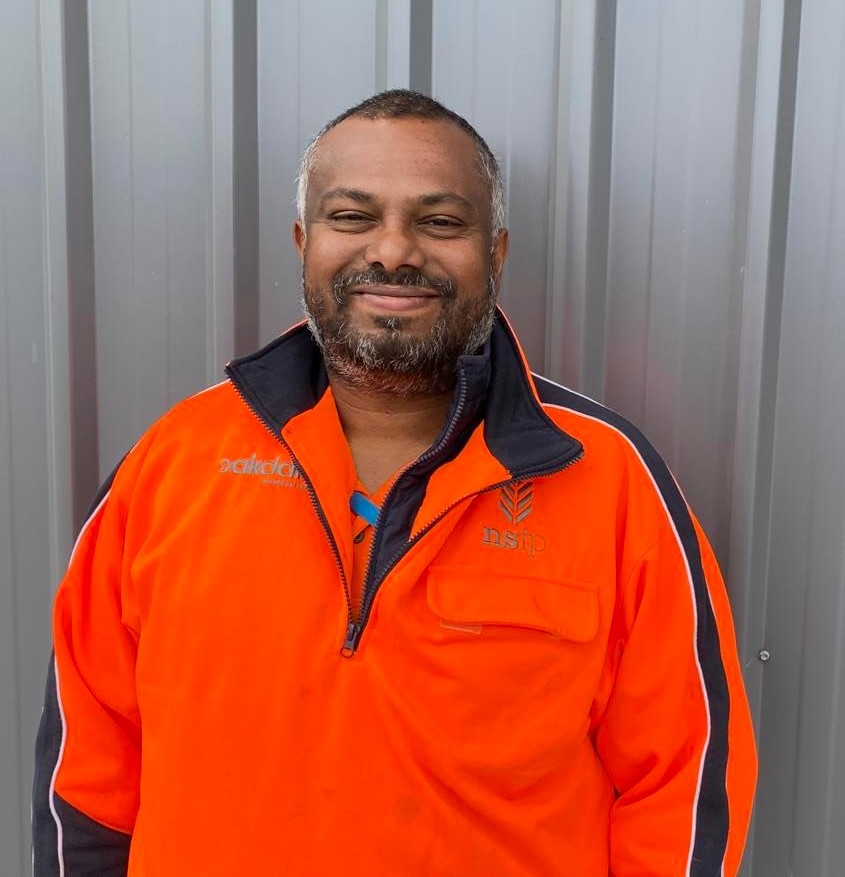 Encouraged to migrate to Australia by his brother who works as an architect in Melbourne, Dinusha—or ‘Dinu’ to his workmates—initially settled in Victoria with his wife, Kanchana and two children in 2015.

“I came to Australia as a Skilled Migrant and worked for some time in the steel industry before gaining employment in the timber industry with a business that imports LVL and joists,” Dinusha said.

“When I was offered a job with Neville Smith Forest Products in Victoria around three years ago, I accepted.”

Despite initially being employed by the business as a forklift operator, it became evident that Dinusha’s skills were more diverse and he was soon moved into an administrative role as a Production Manager, overseeing orders as well as the despatch and transport of products.

“I actually held a manager role for 18 years in the plantation sector (tea industry) prior to moving to Australia, and this work—from the nurseries right through to the warehouse and manufacturing—has helped in my job now in the timber industry,” Dinusha said.

After two years working in its Victorian operation, Dinusha was offered the role of Production Manager at NSFP’s Oakdale site in Warrane on Hobart’s Eastern Shore.

“Initially I was worried about moving my family to Tasmania. I wondered how my sons would adapt to a new place, a new school and life here – especially my eldest boy who is in year nine,” he said.

Dinusha and Kanchana’s 15-year-old son, Dinidu has shown a keen interest in aviation since moving to Australia and joined Australian Air League and became the ‘Cadet of the year’ in Victoria 2021, as well as being recognised as a runner up in the Federal competition.

“Both Dinidu and Kalindu have adapted really well to life in Hobart, and they like it here,” Dinusha said.

“Dinidu has been able to continue his course remotely in Tasmania, which we are thankful for. I don’t know if he will become a pilot or maybe an engineer… I am leaving him to decide what he likes to do.” 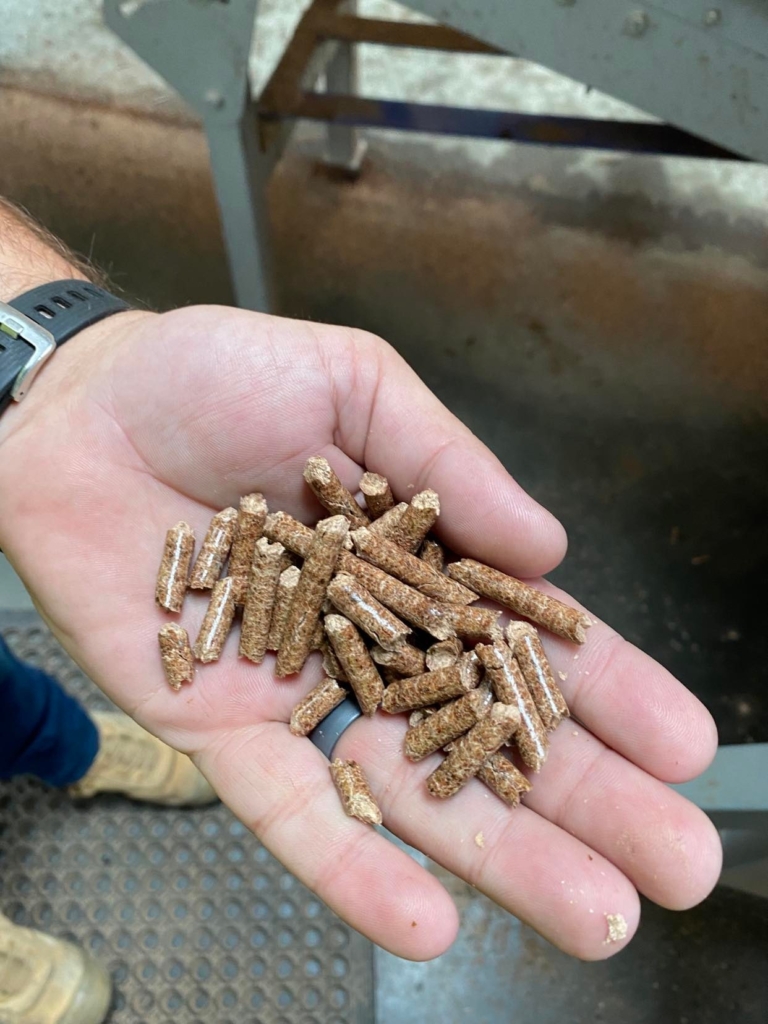 Dinusha’s calm and caring approach is something he employs both at home and in his supervisory role at Oakdale site, which in partnership with Oakdale Enterprises (a social enterprise providing employment opportunities for people with disabilities), produces Tas Oak flooring, dressed boards, door jambs, bio-energy pellets and kindling.

“At Oakdale I organise and manage the production of products to budget targets, arrange labour and also oversee the transport and distribution of goods,” Dinusha said.

“I really enjoy the people I work with. Sometimes I need to work very closely with them and change the way I communicate so that we all have the same understanding,” he said.

NSFP site Operations Manager, Daniel Thorpe, said working with such a diverse range of people brings a wide range of skillsets to the site, which only enhances the work experience.

“I’m blessed to manage an outstanding group of people at NSFP/Oakdale, 24 of whom are supported staff who live and work daily with a disability,” Daniel said.

“Each unique personality brings an awesome dimension to the site, and I’ve got to say – their commitment to work is second to none.”

Of Dinusha, Daniel is equally complimentary. 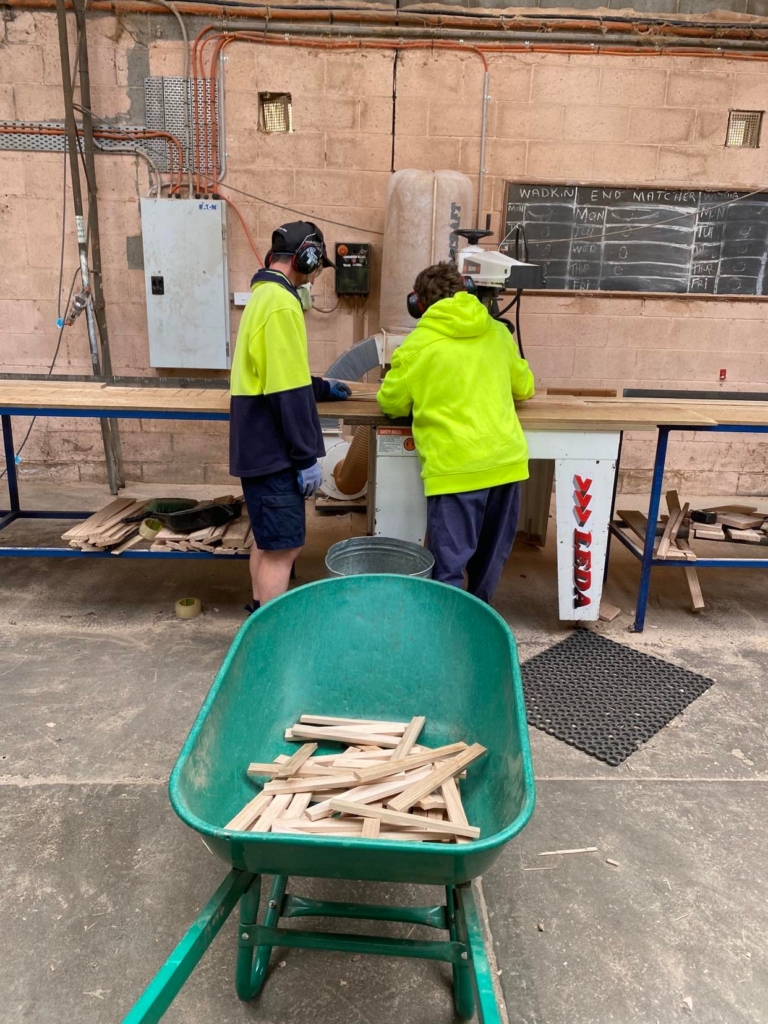 Workers at the NSFP Oakdale site

“Not only is Dinu well presented, but importantly he’s willing to help our team succeed to meet our company goals. He has a positive attitude and comes with respect and unwavering commitment to provide support to the staff at our NSFP/OAKDALE site,” Daniel said.

Daniel firmly believes the success of the Tasmanian forest industry lies within its workforce, which he says would benefit socially and economically by focusing on being more reflective of the community.

“The diversity and inclusion of every single individual associated to an organisation—and to the sector in general—makes way for achieving their full potential within a world renowned and operated industry,” he said.

For Dinusha and his family, Tasmania is now home.

“I am happy that NSFP gave me the opportunity to come here and that they identified my skillsets and have supported me to take on different roles and responsibilities,” he said.

“I hope I can continue to learn and climb up the ladder, and my family can be a part of the Tasmanian community.”