Rebuilding a life in Tasmania

I MEET OLESIA Trukhanska at New Norfolk’s Tynwald Park in a quiet haze of mist and smoke, where our daughters—born less than a year apart—play animatedly on the nearby climbing frame.

The peaceful surroundings are a far cry from their war-engulfed home in the Ukraine where Olesia, her daughter Margo and son Dmytro fled just nine weeks ago, taking with them a backpack each of belongings.

On February 23—just hours before the first Russian shells began to smash into their home city of Kiev—a temporary residence visa was finally approved for the family, including Olesia’s husband Vasyl.

Tens of thousands of Russian forces surged towards the Ukrainian border and the world watched with bated breath as vision of rocket attacks lit up our screens.

“I had an intuition about the war,” Olesia tells me. 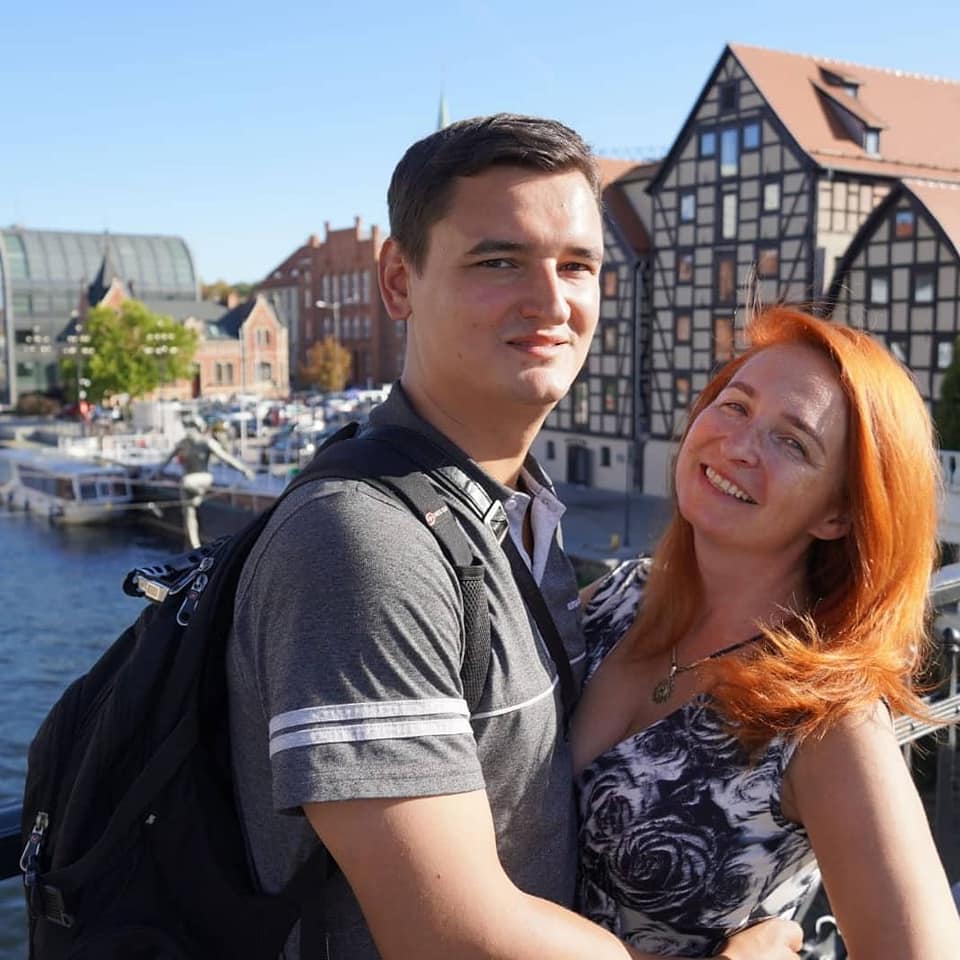 “In 2014, when Margo was a baby I started the plan to protect my family and emigrate… but it was a long process.”

It was at this time that Russian-aligned forces took control of the Donbas, an area in eastern Ukraine, bordering Russia.

In Kiev, Olesia and her family led a ‘regular’ life.

Olesia worked in the forest industry as an office administrator and accountant for the Forest Stewardship Council® (FSC®), Vasyl practiced as a lawyer, Dmytro was studying sound engineering at university and Margo, 10, attended school where she loved music, dancing and learning about animals.

The family enjoyed keeping fit together, practising Capoeira, a type of acrobatic Brazilian martial art and over coffee in a local café, Olesia shows me videos of the four of them training together; these were happier and more certain times.

“Vasyl had to stay in the Ukraine, and we made the decision to leave without him,” Olesia explains shakily. 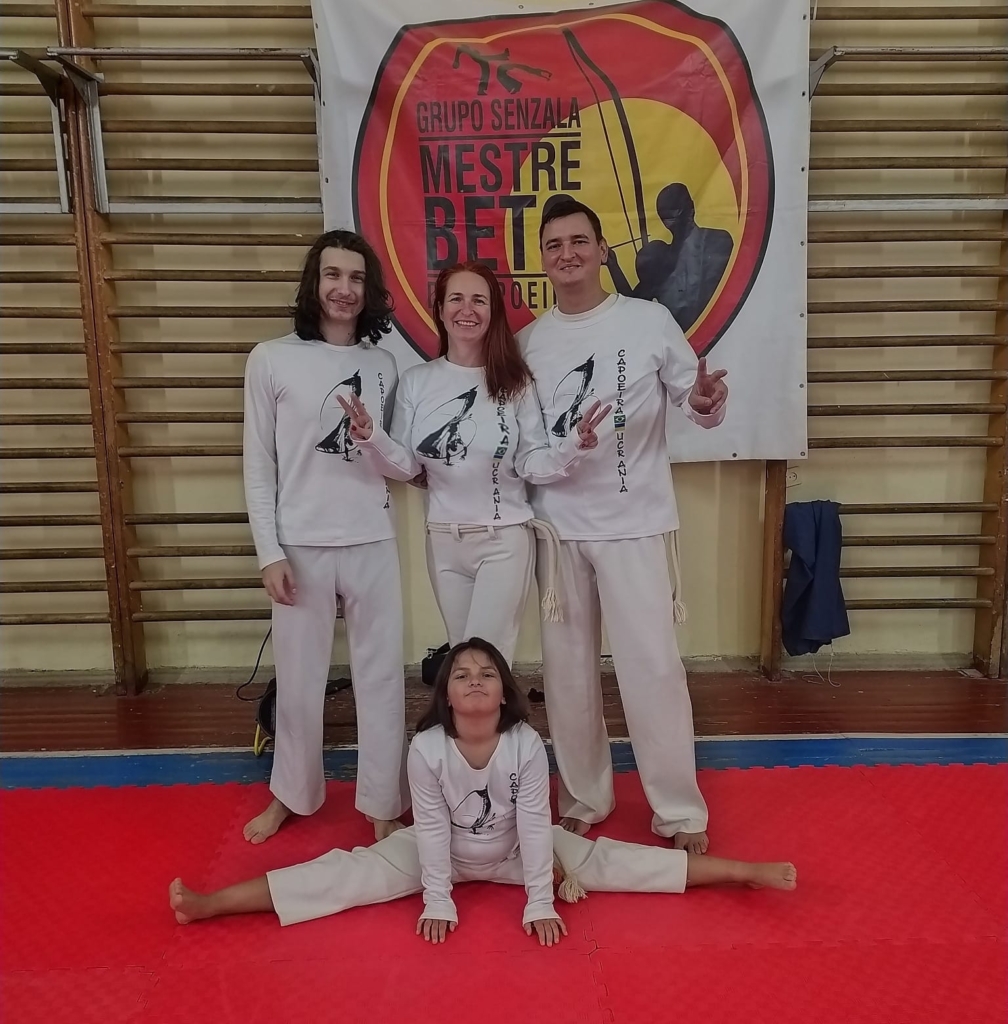 Olesia and Vasyl with children, Dmytro and Margo

Due to its war state, the country has imposed a martial law prohibiting all men aged 18-60 to leave the country “in order to ensure the defense of the state, maintaining combat and mobilisation readiness of the Armed Forces of Ukraine and other military formations”.

Fortunately, son Dmytro, 17, was able to cross the Polish border to safety; although Olesia admits she was worried they would not be believed.

“Dmytro looks older than his age, and we had officials checking and rechecking his passport at every stop, asking him questions.”

The train station swarmed with Ukrainans trying desperately to escape imminent attack. Olesia recalls needing to scream above the crowd to be heard, “I have children, I have children with me!”

Fortunately, the three were allowed to board, but this was only the beginning.

The harrowing journey from Kiev to Poland involved a long train journey, sleeping in overcrowded corridors and rationing what little food they had. All aboard had the same goal: cross the border, get to safety.

And, eventually, they did.

Olesia recalls the immense relief that flooded through her exhausted body when the three finally stepped onto Polish soil.

“I just cried. People embraced us with blankets and hot food, and I knew we would be ok.”

Olesia and her children finally arrived in Tasmania on 22 March, finding solace in the kindness of strangers who have since provided accommodation, clothes and friendship.

When asked how the three of them have settled into life in the Derwent Valley, she explains, “Life is about constant adaption.”

“How long the war will last, how it will end, and whether there will be a place to return to at all, is unknown.”

For now, the family has established a home in peaceful New Norfolk.

Olesia and Dmytro have visas to work in Australia, and both are keen to find meaningful employment.

“I have never not worked before,” Olesia says. “I don’t like not working – I just want to be doing something… anything really.”

Despite Olesia’s extensive experience in accounting, she says she is willing to try any role in a diversity of industries.

“Maybe I can do some farm work locally. We have everything we need, only work is needed for me now.”

“We are very grateful for our new life, our freedom and our safety here in Australia. And we are thankful to everyone who supports the Ukraine and Ukrainians.”

Olesia and I sit across from our daughters and watch as they inhale lime spiders— Margo’s first experience of the Australian classic.

The girls laugh, point and fumble their way through a conversation, finding commonalities and an understanding in each other despite the language barrier.

Olesia’s strength, courage and tenacity is overwhelming, and her experience is hard for most of us—as Tasmanians—to imagine.  But a mother’s love is fearless, and that’s universal.

“People are created for life. The desire to preserve it is the norm,” she simply states. “As humans, we all have the right to life.”