Lily Duffy-Moore laughs admitting that when growing up in coastal South Arm, she had in fact never heard of a sawmill and was “completely oblivious to where timber actually came from”.

Needless to say, a career in the forest industry wasn’t ever something the 28-year-old ever considered, until late last year when she heard about a role at Neville Smith Forest Products’ Southwood site through a job agency. 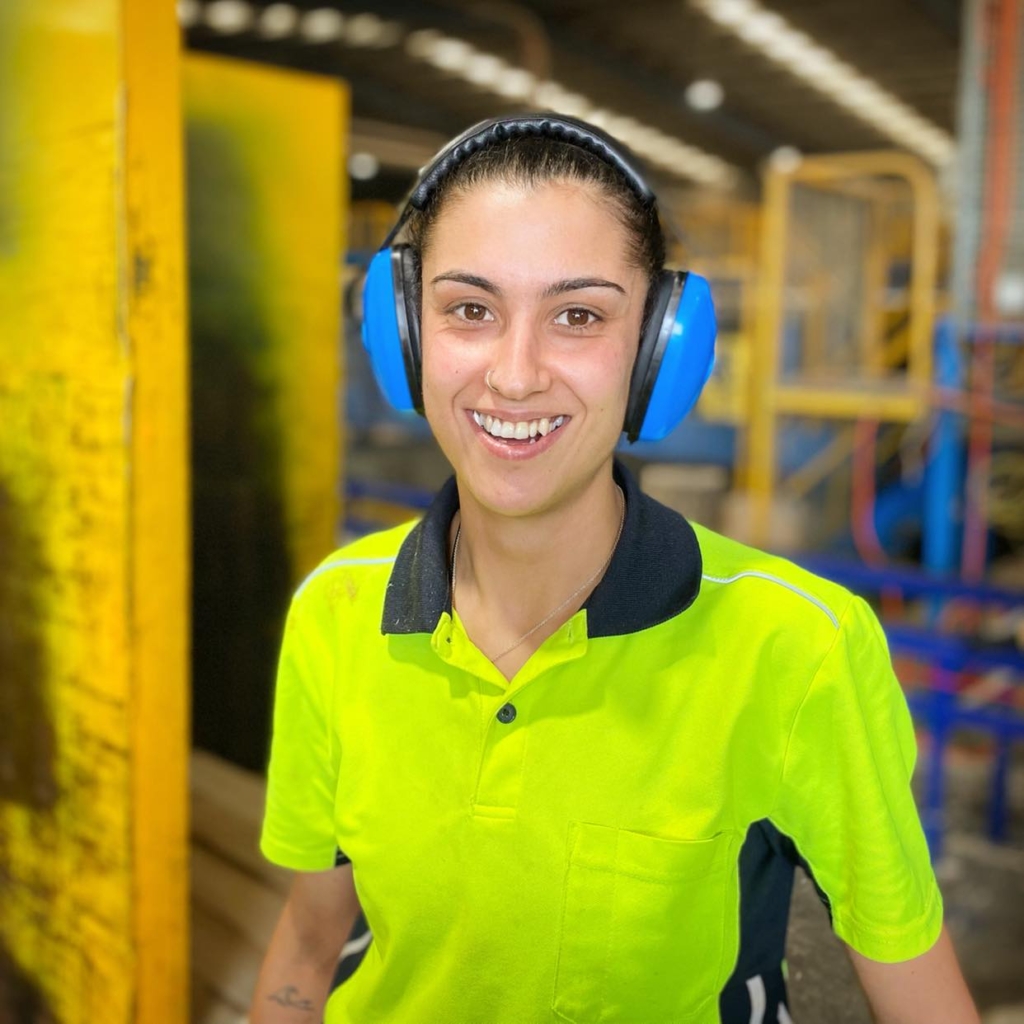 “The role sounded really interesting – very physical, which I liked. I’m one of those people who likes to be on the go all the time, and likes to learn new things,” Lily said.

Despite moving back to Tasmania after time living and working in Melbourne as a kitchen hand, Lily found herself without work, which she said was unsettling and impacted her confidence.

“I was really nervous starting out here – as a newcomer and one of only two women working in the mill I would be meeting new people and not knowing what the expectations of the job are,” Lily said.

“But it turns out there was nothing to worry about, the whole group were so welcoming and accepting, and I was really well supported in terms of learning new skills and not being thrown in the deep end.”

Lily decided to settle in nearby Judbury and said the change from a fast-paced city existence to a more wholesome and structured rural life was one she both wanted, and needed.

“After living in Melbourne, I was really keen to take a break from the city life, so moving out to the Huon, trying something different and making some money really appealed,” she said.

Lily moved out of home at 15, leading a somewhat nomadic life until last year when she decided to realign her priorities and move back to her home state.

“The way I live has shifted dramatically – now I get up before 4:00am each morning, eat a proper breakfast and get started for the day. I’m on site around 5:30am and keen to get into work and be around good people.

“I’m just at that age now where different things are important to me. A lot of friends are buying houses and having a family, and I’d like to create a more settled and secure life for myself.”

“Lily’s work ethic is exceptional. I’ve said it before, if I could clone her multiple times, I’d employ all of them ten times over,” he said.

Troy said that as a business, NSFP was very committed to employing women, in all manner of roles, and all its operations in Tasmania.

“The women we have working in the Southwood mill are absolute stars. I can’t speak highly enough of them.

Lily admits that there are some challenges with the physicality of the role, but that most women could easily fulfil the duties.

“I think there are people who still very much think of this kind of work as ‘a man’s job’ but in my experience it’s not about your gender, it’s about your willingness to learn and about having supportive people around you,” she said. 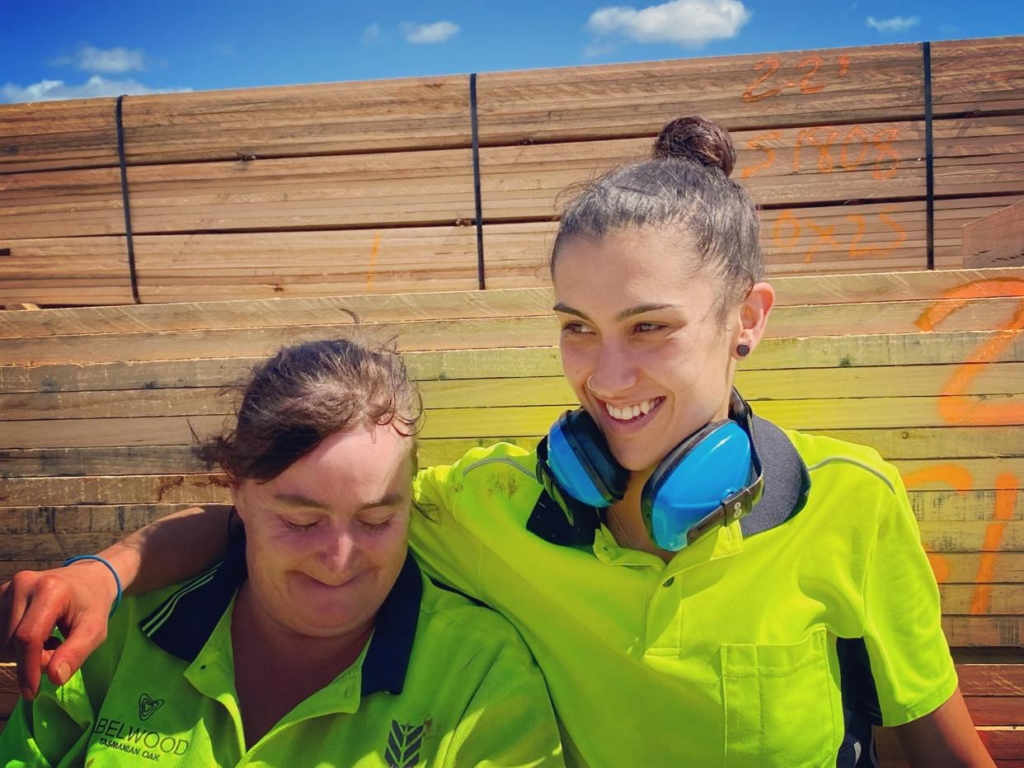 Lily said two of supporters for her have been her fellow workmate, Tamika Connors (pictured), and boss, Troy – who Lily said is full of encouragement for his staff.

“You couldn’t ask for a better boss than Troy,” she said.

“I was here the other Saturday and he was giving me lessons on forklift driving. He’s a really good teacher – I was finding it pretty hard, but he was just really patient. I could ask the same question ten times and he wouldn’t make me feel stupid, he’d just encourage me to keep trying. He’s a total legend.

“And I think the best thing about him is that he’s genuinely kind and actually cares about everyone here, and that makes us want to work harder and better. I’ve never had a boss like him.”

Both Troy and Lily agree that misconceptions and perception of the industry is a large factor in women not applying for roles in forestry.

“I was talking to my mum recently and I showed her a short video of what happens at a sawmill— the logs coming in— and she was shocked. She legitimately thought logs were still cut up with hand saws in the forest or something! She didn’t realise at all how much innovative technology and high-tech machinery is involved,” Lily said.

“It would be so good to see more women on the ground in the mills – and in the industry in general. It just shouldn’t be something that’s unusual,” she said.

Lily believes the more women employed in the industry, the more ‘visible’ and ‘normal’ it will become, which will in turn encourage more to enter the workforce.

Looking forward, Lily’s aspirations to learn what she can from those around her and ‘work her way up’ in the business, are clear.

“I’m not sure really what the future will bring, but I’m glad I made the decision to apply for this role and grateful to have such a good group of people to work with.”