Skip to content
Sawdust and ‘Sisu’: It’s all in the family

Sawdust and ‘Sisu’ : It’s all in the family

Nestled between Sorell and Dodges Ferry, in the forest-covered hills of Forcett, is Torenius Timber—a small, independent timber merchant and sawmill business first established following the 1967 bushfires which tore through thousands of kilometres of land in southern Tasmania in mere hours. 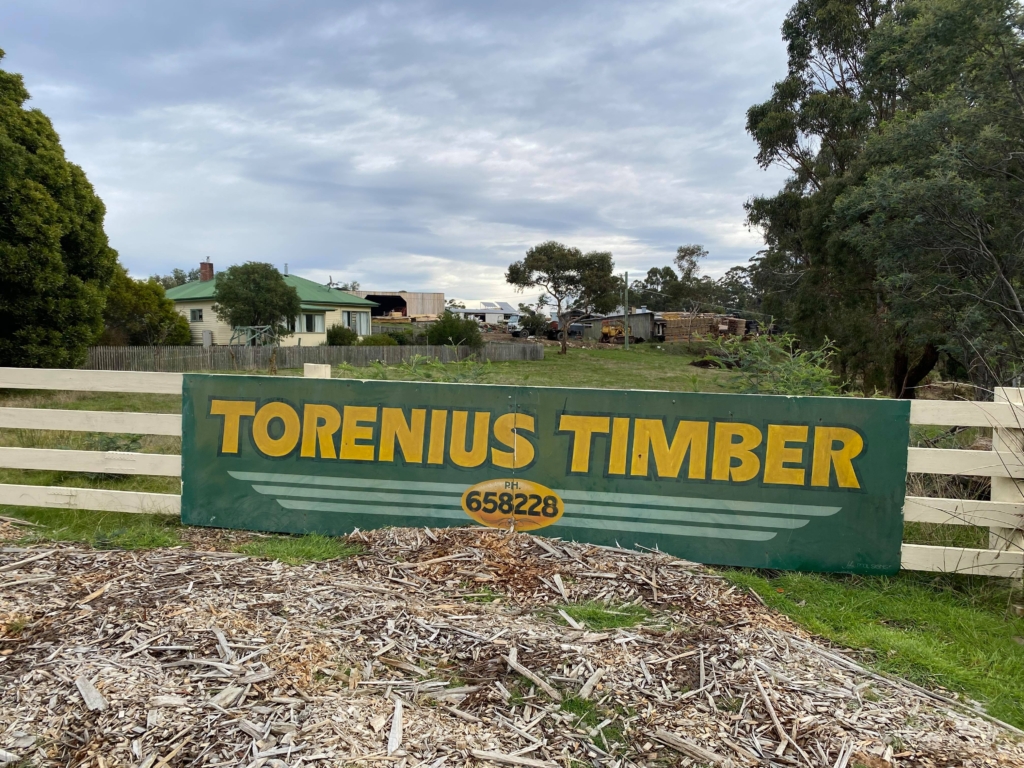 The family business, which has been owned and operated by the Torenius family for almost 55 years, specialises in the production of a broad range of highly coveted Tasmanian Oak products for local and interstate markets.

Third generation operator and General Manager, Matthew Torenius, said growing up on the Forcett property holds treasured memories for him— particularly those of his grandparents, who emigrated from Finland in the 1950s.

“I would often play around the property with my cousins building cubby houses out of racking sticks or playing in the sawdust heap, which generally resulted in sawdust finding its way into my gumboots, hair and everywhere in-between,” Matthew said.

“I fondly remember going to my grandparents’ house near the mill for morning tea. Finnish was mainly spoken around the table and, if I was lucky, freshly baked ‘pulla’ (a Finnish sweet bread) would be on offer from my grandmother.” 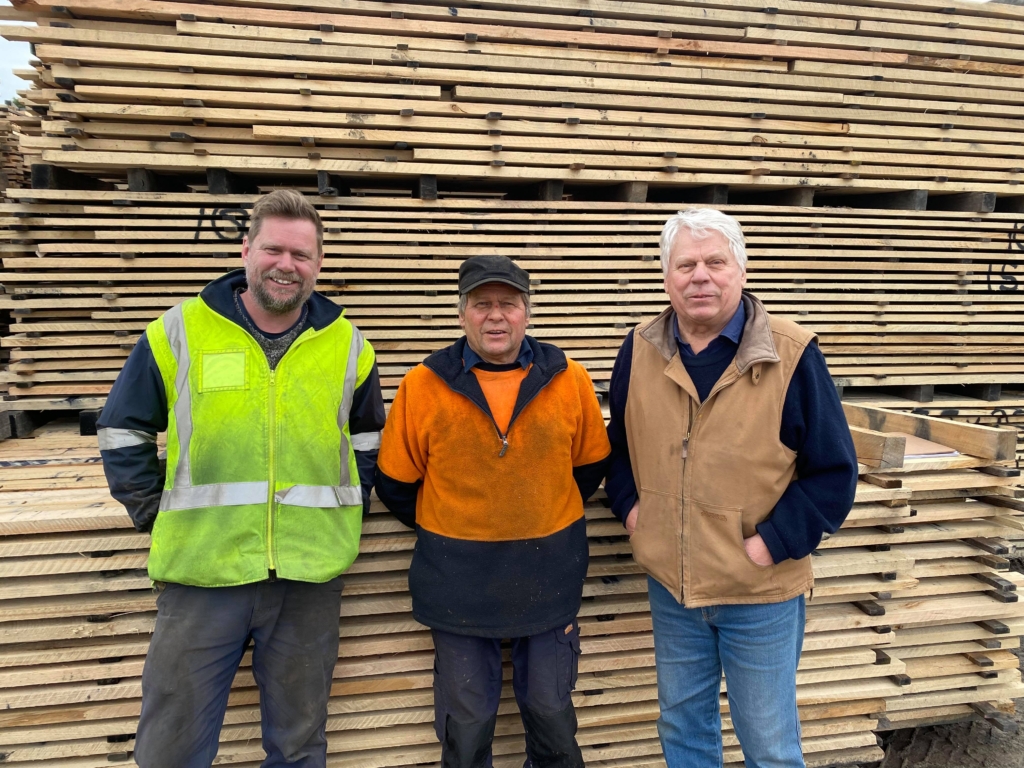 Matthew said his father, Robert, and uncle, Tarmo, are still involved and integral to the business today and that regular communication is particularly important in a family business.

“’Board meetings’ just mean that many decisions are made either leaning on, or standing around, a rack of boards with my father and uncle,” he joked.

After leaving university, Matthew pursued a corporate career for over a decade, working in finance as a stockbroker and financial analyst. However, he was drawn back to his roots some years ago, switching the suit for hi-vis.

He said one of the most significant changes he has seen in the Tasmanian industry over that time was the increasing popularity of wood in building projects in both commercial and residential contexts. 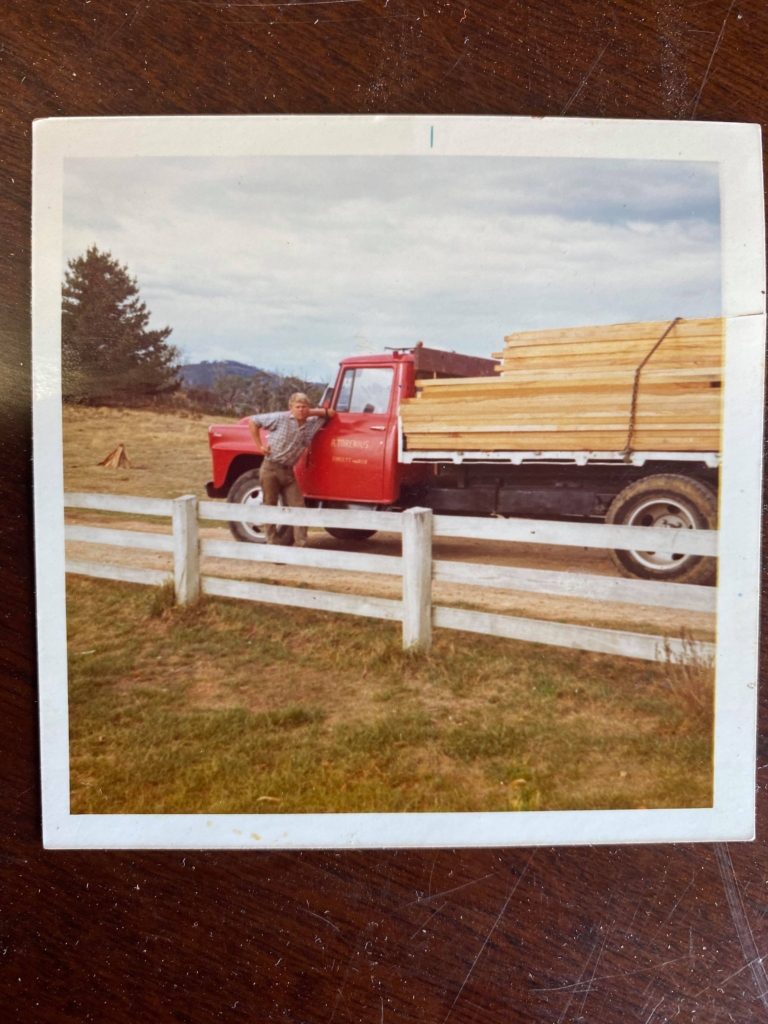 “Internal and external cladding has become increasingly popular. Consumers have embraced the natural beauty in timber and are more willing to accept—and in many cases seek out—timber with increased feature and character,” he said.

Matthew believes the ‘paddock to plate’ mentality is true also of the timber industry, with people more curiously engaging with the stories behind the products they buy.

“As an industry we need to encourage local makers and designers to think big and design products that can be created for a wider audience utilising our high-quality timbers.”

Reflecting on his own family’s migrant history and the adversity faced over decades operating in the Tasmanian timber industry, Matthew feels proud of what they have achieved and of the opportunities the business now offers to others working at the sawmill.

“We have quite a culturally diverse workplace, employing a number of people from migrant backgrounds who—because of their work here—have been able to pursue business and learning opportunities for themselves and their families,” he said.

“There is a Finnish term called ’sisu’, which can be roughly translated into English as strength of will, determination, perseverance, and acting rationally in the face of adversity. I am proud my family travelled to Australia from the other side of the world over 60 years ago and has been able to build a successful business that has survived the ups and the downs of the Tasmanian forestry industry and has actively contributed to the wider Tasmanian community— that takes a fair bit of ’sisu’.”