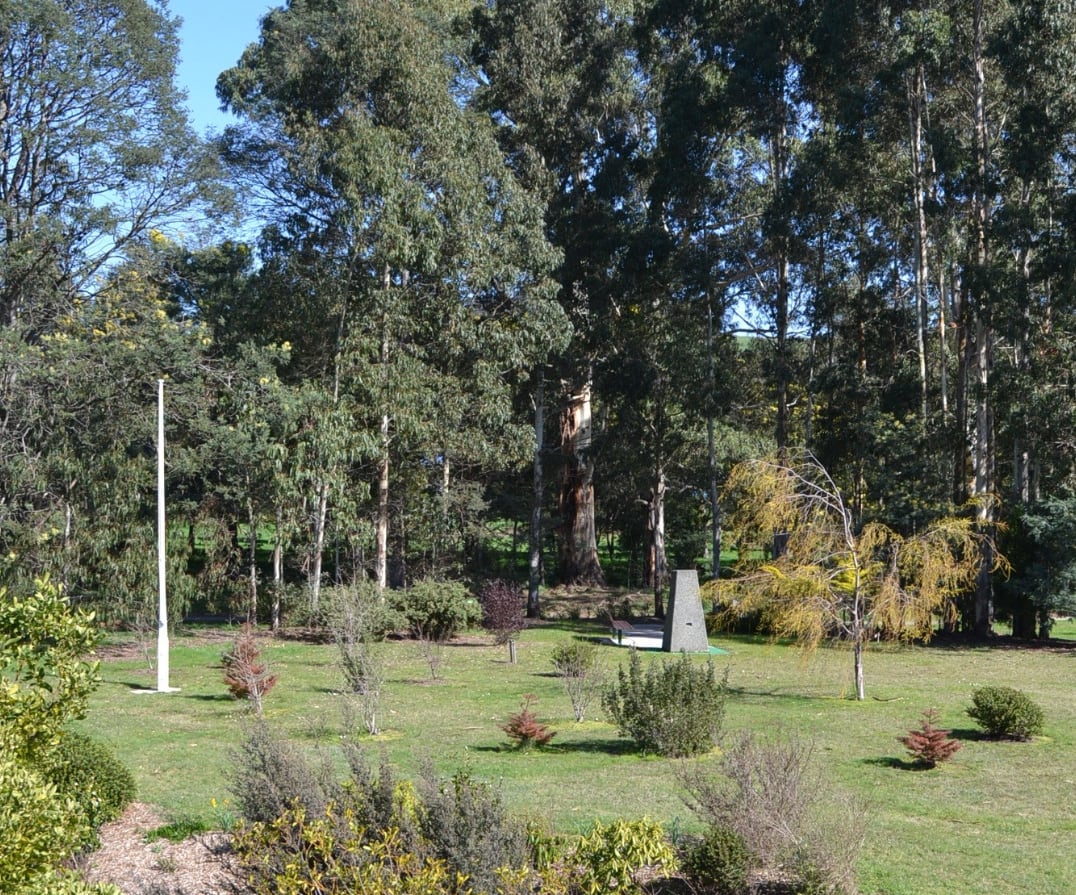 The Tasmanian Forest Workers Memorial is for those who have been killed whilst working in Tasmanian forests. The memorial was the inspiration of the late Mr. Peter Bennett of Geeveston.

Mr Bennett recognised the tragedy and sadness that since accurate records have been kept from 1955, over 90 men have lost their lives whilst working as part of the Tasmanian Forest Industry.

Considering the industry started during settlement of Tasmania around 1840, one hundred and fifteen years earlier, the numbers of deaths of forest industry workers across this time could be significant.

Mr Bennett brought the idea of a Tasmanian Forest Workers Memorial forward at a meeting of the Geeveston Streetscape Reference Group during late 2007.

The concept was supported by one of Tasmania’s forest industry towns – Geeveston, and a sub-committee was formed to manage the project.

The sub-committee agreed that the memorial would be called the Tasmania Forest Workers Memorial and would cover all events state-wide since the commencement of British settlement in Tasmania.

Forest workers included at the Memorial site would include ‘those persons who were deriving a living from the forests at the time of their death by accident’.

The sub-committee decided that Geeveston was the most appropriate place to site a memorial because it is known as the ‘Forest Town’. The memorial is in Heritage Park, Geeveston, among the ponds and was constructed of decorative coloured concrete materials.

During the past thirteen years there have been two mayor industry sponsors, Forestry Tasmania (now Sustainable Timber Tasmania) and Duggan’s Constructions from Cradoc. Some support was also received from the Huon Valley Council. Other sponsors include the Huon Aquaculture Company, the Bendigo Community Bank and the former Tasmanian Forest Festival Committee.

The Memorial was opened during late November of 2009 by the Governor of Tasmania, the Honourable Peter Underwood.

There are currently thirty-six plaques on the Memorial representing 38 men who have lost their lives whilst deriving their living from Tasmanian forests.

The Management Committee of the Memorial is a Special Committee of the Huon Valley Council and is made up of Charles Rich Chairman, Dr. Dick Geeves, Andrew Burgess, Ross Ashlin, Terry Ware and Peter Pepper.