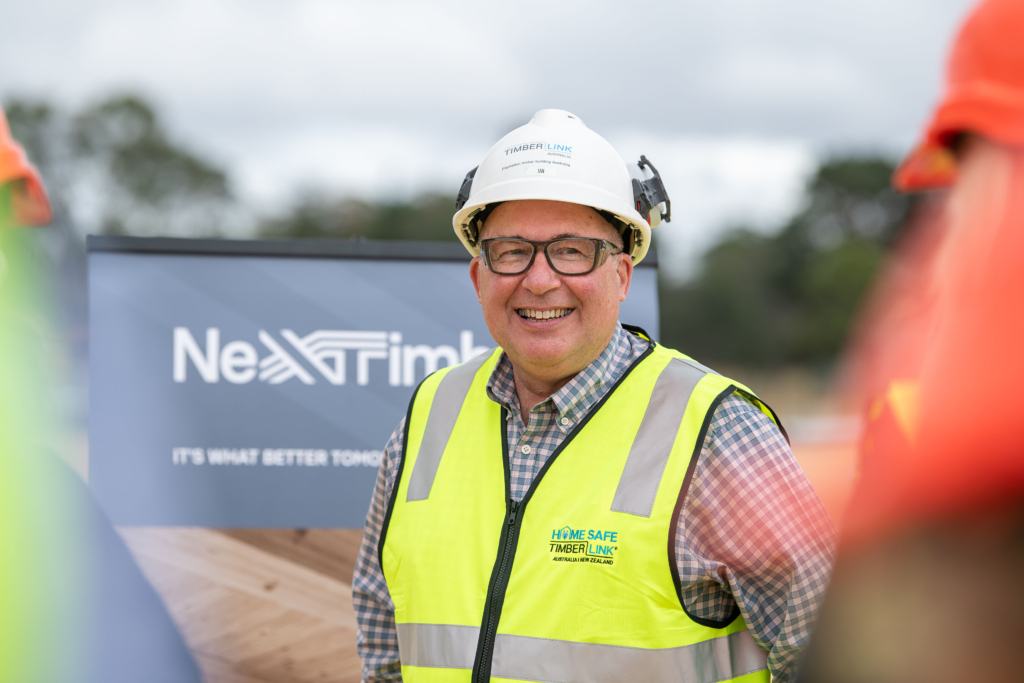 NeXTimber CLT & GLT products are set to replace imports and support faster adoption of carbon positive renewable mass timber construction, replacing steel and concrete in mid- and high-rise construction. The commencement of the project is noteworthy, just days after the Australian Government’s Clean Energy Finance Corporation announced $300 million in financing to encourage greater use of cross laminated timber, to make low carbon engineered wood products; the building material of choice to cut embodied carbon in building projects such as office and apartment towers.

Timberlink is committed to product and service excellence and is partnering with world leading equipment and software providers including Kallesoe Machinery A/S, Hans Hundegger AG and hsbcad to place NeXTimber at the forefront of supply capability in the Australian and Oceanic region.

The sub ground civils has been completed by GT Bobcats over the last 10 weeks and shortly will commence piling with the building completing late this year.

“The co-location of a CLT & GLT Plant on the same site makes this facility unique in Australia. Timber is the Ultimate Renewable and NeXTimber products provide carbon negative mass timber solutions for building components, that enables a reduction in the embodied carbon in a range of building types.

“However, you use NeXTimber, you won’t just be building a building. You’ll be creating a better future.”