Skip to content
Timberlink farewells one of ‘Tasmanian timber’s finest’

After nearly 44 years in the industry, Dave Rollins will soon wrap up his ‘gap year’ and retire to tend to his herb garden and enjoy more time with his family. 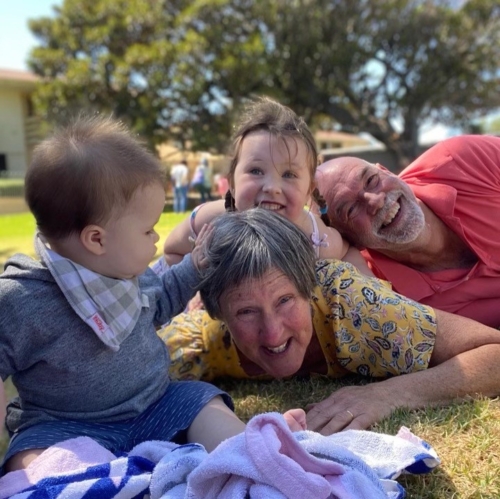 Dave was first employed by Timberlink in 1987, when he joined what was then known as Tas Softwoods. During his long and illustrious career with the company, Dave worked across three states, including stints at the Tarpeena mill in South Australia and at the Bell Bay mill in Northern Tasmania.

While he regarded the opportunities to work interstate as rewarding, Dave acknowledged this was not always easy on the family, and credits his wife, Jo and their children—Zak and Meg—with the support that made this lifestyle possible.

“It’s a challenge to start all over again in new communities, especially for Jo who has worked as long as me and has only just racked up her first lot of long service, given she had two stints each in the Tas, Vic and South Australian education systems,” Dave said.

Dave’s duties began manually stacking 12×2 18-inch blackwood boards; however, he quickly progressed from the yard into sales, where he was tasked with keeping track of stock inventory.

“In true 1980s style this was done by brushing the records onto a piece of painted white Burnie Board and leaving it to dry for the next tally.”

Dave acknowledges that with the advancement of technology, the company has become more efficient and effective at managing its stock data.

“The immediacy with which you can get information today is the change that stands out most to me. We can tell customers exactly what we have now and what we will have soon, very quickly,” Dave said.

“We used to keep track of what was purchased on a telex tape with a Gestedner machine.

“The industry is also a lot safer today than it was when I began working all those years ago. A lot of things then would have been OHS issues today.”

Dave reflected fondly on the great and diverse characters he spent time with on Friday nights at the Pines Pub in Tarpeena, as well as the opportunity Timberlink gave him to travel and visit New Zealand, Fiji and South Africa.

Well known for his sharp wit, Tasmanian State Sales Manager Gareth Watson, said he will miss Dave’s humour around the office and his ‘well-worded’ emails.

“Ultimately though, it was Dave’s passion for his customers and their businesses that set him apart,” Mr Watson said.

“He cared about the customers as if their business was his business.”

Former manager, Sue Wood, agreed that Dave’s commitment to his customers was exceptional.

“It was Dave’s depth of knowledge regarding timber processing and products that was always valued by customers – he was always prepared to go the extra mile,” Ms Wood said.

There’s no denying the customers Dave worked with during his time at Timberlink, also made an indelible impact on him.

“I’ve learned a lot from them, and they have each contributed greatly to my growth—but I must admit, I won’t miss waking up at 4am to drive to Hobart,” Dave joked.

Recognised by his peers as a stalwart of the industry, a ‘true legend’ and ‘larger-than-life’ character, Dave, whose ‘gap year’ has drawn to a close, now looks forward to donning his chef’s hat more often and spending some quality time with his children and grandchildren.